An agreement Between the City and County of Broomfield and Kimley Horn & Associates was approved by Council for the design of CO 7 Interim Improvements from approximately Sheridan Parkway to I-25. The project will construct four continuous lanes to relieve traffic congestion.  The design is anticipated to be completed by the summer of 2023. 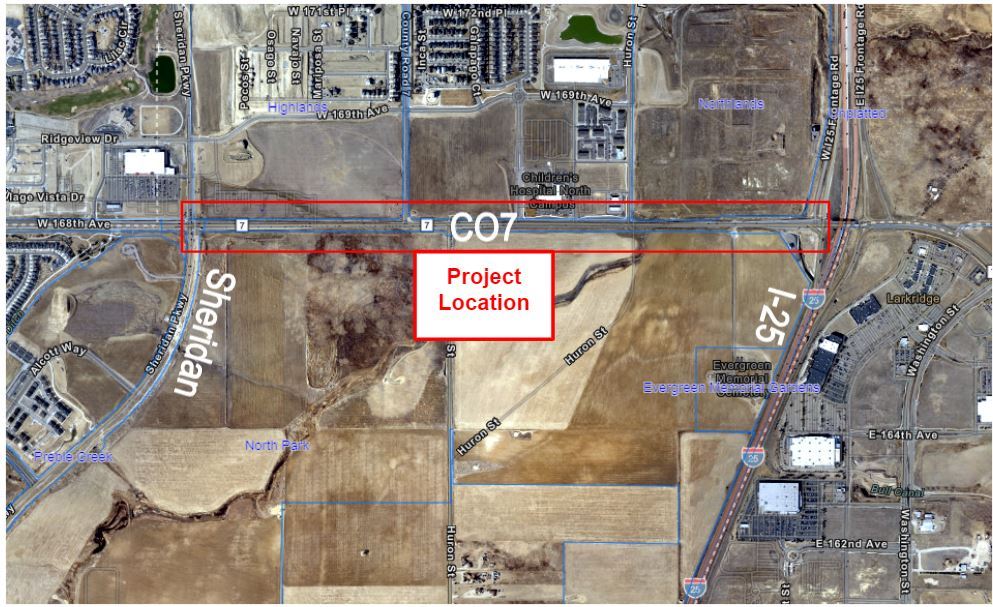 The State Highway 7 Corridor, now referred to as “Colorado 7” (CO 7), is being planned and constructed as a comprehensive multimodal corridor with additional general traffic lanes, Bus Rapid Transit (BRT), and a bicycle path serving the 29-mile corridor between Brighton and Boulder.  Colorado Department of Transportation (CDOT) and Broomfield desire to improve the segment of CO 7 from just west of Sheridan Boulevard to I-25 to four lanes to address the current capacity issues.

Currently there are capacity issues on CO 7 during the peak traffic hours where traffic can back up for up to a mile. Several intersections along the CO 7 corridor between Sheridan Parkway and the I-25 interchange experience a higher than expected number of rear‐end and approach turn/broadside crashes, primarily due to traffic congestion that occurs at these intersections.

The scope of work will also address drainage modifications, traffic signal relocations, and utility relocations as necessary to complete the work. Private developers on the corridor are responsible for a complete section along their frontage, however, completion of the ultimate roadway section through Broomfield is still many years out.