Bernhard “Ben” Wottge moved to Colorado from Germany with his family when he was eight years old. His parents purchased land here in Broomfield in 1955, and it became their second start for farming. They planted crops like alfalfa hay, barley, and corn. After a period of drought, they bought cows and added a dairy to their farmstead. The property included a farmhouse, two bin granaries, and a dairy barn among other buildings.

Ben and his four siblings decided to sell part of the property after their parents passed away. Ben had heard of the Broomfield Open Space and Trails Department buying a different property at the time and felt that preserving the Wottge land as open space would be a wonderful idea. Ben and his wife Pam continue to live on five acres of the farm while the remaining land has now been designated as the Wottge Open Space. He still plants grass hay on his land while winter wheat is farmed on the open space parcel.

Broomfield Open Space and Trails purchased this land in 2003 to maintain views of the mountains as well as preserve a piece of land that connects Broomfield to its agricultural history. Wottge Open Space will also eventually provide an opportunity for adding a segment of the Broomfield Trail between the Aspen Creek and Wildgrass neighborhoods.

The property has several large cottonwood trees that have been home to a great horned owl nest in past years. The expansive field provides habitat for a number of bird and small mammal species, as well as a migration corridor for wildlife. 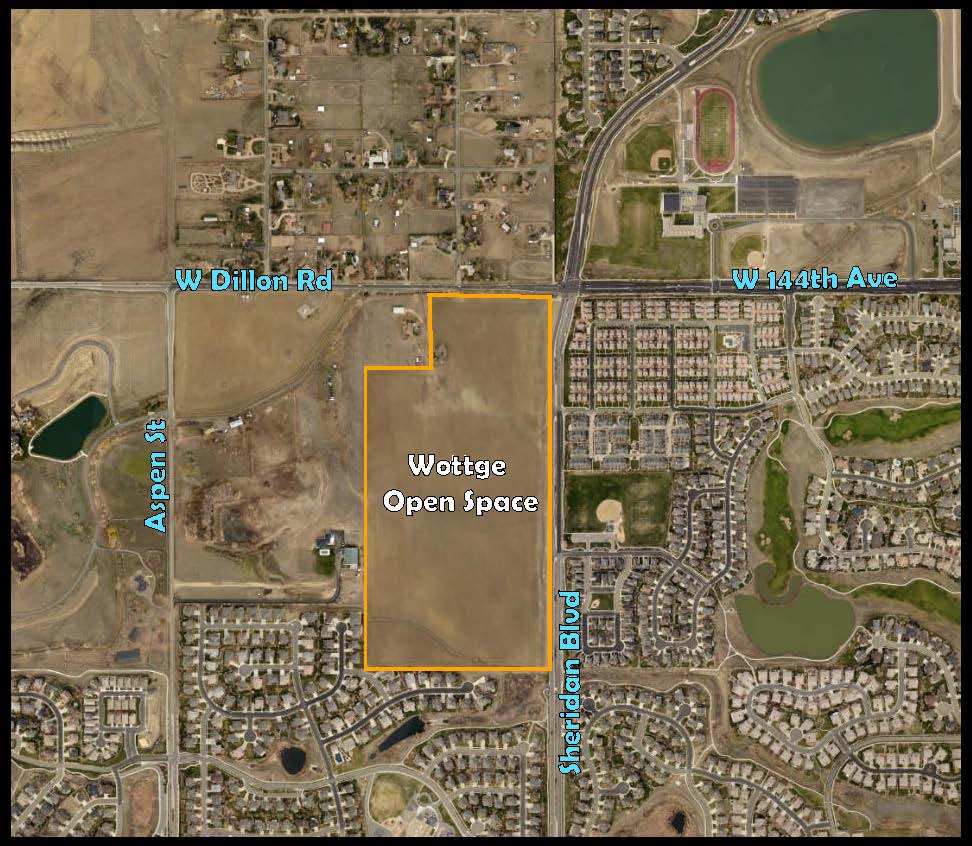