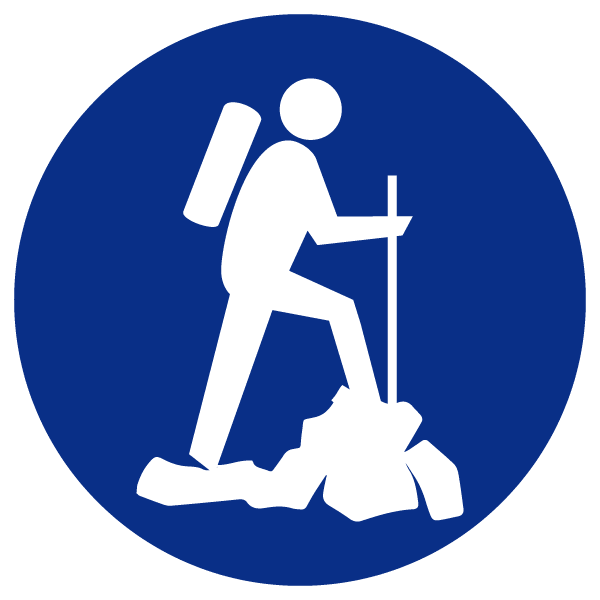 Broomfield's trail system continues to grow and connect throughout the community and beyond. The trail system accommodates multiple users, is designed for commuters and recreational users, and provides connections among neighborhoods, schools, commercial areas, public facilities, and open space.

View information on Broomfield's trail system as of January 2015.

In February 2013, Broomfield adopted regulations to address the use of Other Power-Driven Mobility Devices (OPDMDs) to ensure nondiscrimination on the basis of disability in local public facilities of the City and County, including trails and parks.

View the policy and a map showing trails suitable for OPDMDs. Please contact Pete Dunlaevy at 303.438.6216 or by email with any questions about these policies.


Broomfield was awarded a grant by the Colorado Department of Transportation, Division of Transportation Development (CDOT), Bicycle and Pedestrian program and Kaiser Permanente to install a bike / pedestrian trail counter. CDOT received 105 requests for the bike / pedestrian trail counters from communities across the state. Broomfield was one of the six sites chosen. The Broomfield counter is located on the west side of the U.S. 287 Underpass just south of Miramonte Drive.

CDOT paid for the installation of the system through Kaiser Permanente grant funds. The cost was estimated to be about $10,000. The project was completed at no cost to Broomfield. Data collected from the counter will be used to help with decision making, as well as future policies and plans that accommodate biking and walking, by both Broomfield and CDOT.

CDOT will be providing the Open Space and Trails staff with software that will transmit the user data to staff. This information will also be sent electronically from the counter to CDOT. The counter is able to distinguish between walkers and bikers. Eventually, CDOT staff plan to have the data available to anyone who wants to access the CDOT web site. CDOT also installed counters in Durango, Steamboat Springs, Boulder, Arvada and Aurora. Factors considered for the initial study sites included location, need, local partnership commitment and the existence of healthy community efforts.

The trail counter equipment is inside a wooden post on the side of the trail. The data is gathered by diamond-shaped wires that are placed in the trail surface. The wires transmit the information to the counter inside the post.
About Broomfield
Departments
Economic Development
Pay Your Bill
City Council &
Agendas
Have Fun with
Recreation
Find a Job
Check Out
the Library
Register for
Programs
[]