Colorado House Bill 17-1151 was adopted by the state legislature in 2017 and defines Class 1 and Class 2 models of e-bikes as ‘bicycles’ instead of motorized vehicles. That’s great news for Broomfield!


In 2017,  a survey of residents and local trail users was conducted to gauge opinions on the use of e-bikes on the trail system. Responses were in favor of allowing e-bikes on both concrete and soft-surface trails. Public outreach and education opportunities regarding e-bikes occurred at a variety of community events including Broomfield Days, National Trails Day, Bike to Work Day, and National Night Out, among others. 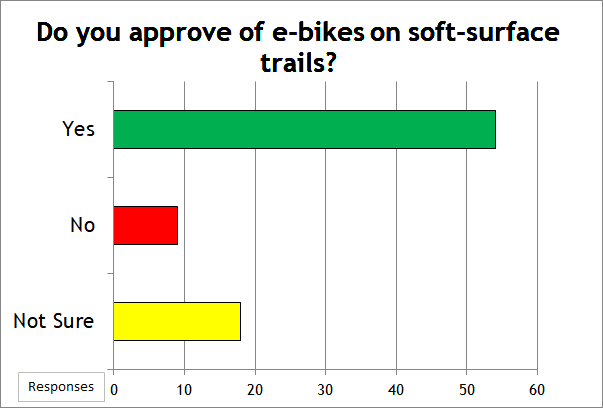 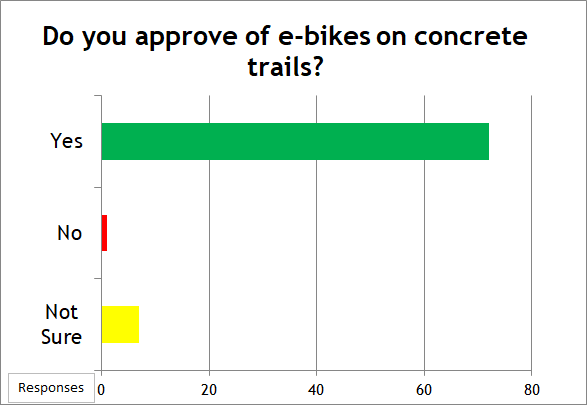 On December 7, 2017, the Broomfield Open Space and Trails Advisory Committee (OSTAC) reviewed this information and supported the use of Class 1 and Class 2 e-bikes on Broomfield's trails. Broomfield open space staff will continue to provide education and information to the public regarding e-bikes and trail use etiquette at upcoming Open Space and Trails events. Public comments received by Broomfield open space staff this year will be evaluated in early 2019 to determine if any additional adjustments or regulations are appropriate.

View additional information about Broomfield's trails here.
About Broomfield
Departments
Economic Vitality
B in the Loop Newsletter
Pay Your Bill
City Council &
Agendas
Have Fun with
Recreation
Find a Job
Check Out
the Library
Register for
Programs
[]